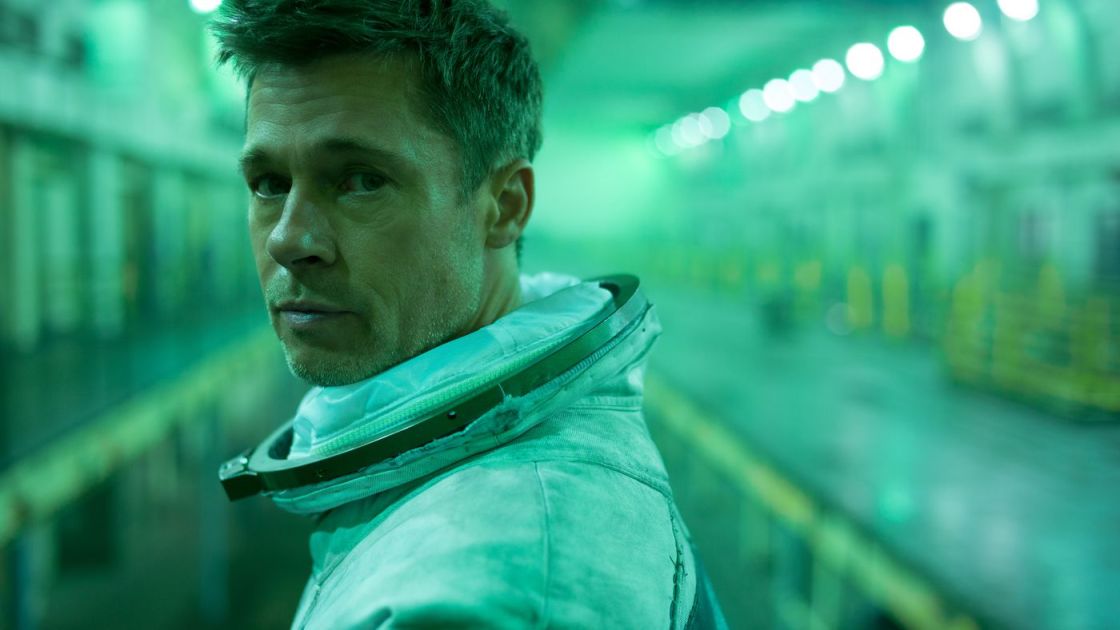 It was only a matter of time before James Gray ended up in space. As his career has progressed, the great American filmmaker has turned his focus toward the journey, with steady upward growth: His most recent films have featured a Polish immigrant trying to survive in New York (2013’s The Immigrant) and an obsessed explorer with his eyes set on a secret city deep within the Amazon (2017’s The Lost City of Z). To push even further and reach for the stars is the expected next step, and so we have Ad Astra, a space odyssey about a detached astronaut on an intergalactic search for his father. But Gray isn’t just interested in meeting our expectations so much as surpassing them. With The Lost City of Z, Gray made one of the best movies of its year. With Ad Astra, he made one of the best movies of its decade. But am I getting ahead of myself?

“Closing in on the sparkle of the waves/Go on, take me/It will feel like going home/Go on, take me/I’m not afraid to drown/What is this/Pulling me back the other way/To strip malls, highways, and treetops/Landing on the soft ground.”

So ends Caroline Polachek’s “Parachute”, a sparse, sombre meditation on the will the live. Leaving the theater, mind racing as I tried to process James Gray’s masterpiece, it was the only stable spot I could land on. When a parachute ceases to be a life line, what are you left with? That, I think, is the dilemma at the heart of Roy McBride, our debilitatingly reserved tether to the world of Ad Astra. In the film’s spectacular opening, an electrical surge causes Roy to fall from the “International Space Antenna”. His parachute saves him, and he, like the protagonist of Ms. Polachek’s song, lands safely on the ground. But even in those first minutes, it’s clear that Roy contains a conflicted opinion of his survival. He is a man defined by his ability to maintain 70bpm in the face of unconscionable stress and death: In the eyes of the his superiors, this is his greatest strength; In the eyes of his estranged wife (Liv Tyler), it is his greatest failure.

Whenever an experimental space movie graces our multiplexes, it ultimately gets compared to 2001: A Space Odyssey. This is not without truth: Stanley Kubrick’s achievement remains so timeless because it encompasses so much about our relationship with space travel (past, present, and future). There is no innovation without failure, no leap without fear. And in the face of our final frontier, we often ask ourselves “How?” when we should be asking “Why?”.

The plot of Ad Astra is simple. Many years ago, Roy’s father, Clifford McBride (Tommy Lee Jones), went on a mission to finally answer our greatest question: Are we alone? With a team of astronauts, they sailed away into the dark with no set stopping point. It was a journey into the infinite from which they would never return. It is in this absence that Roy was raised, and now a man, he has grown to fill the hole his father left: A decorated astronaut, singularly motivated, with no tether to the ground. And in the face of information that his father may still be alive, Roy sets out to find him once and for all, at the expense of everything.

The simplicity of Gray’s plot is where Ad Astra comes alive. There is so much space in between, so many gaps to fill and expand. Scenes bleed at the edges, and pauses permeate everything. It is a contemplative epic, an empathetic exploration. It is a movie with room to breathe. And like the works of Andrei Tarkovsky, it feels longer than it is in the best possible way. Watching the film unfold feels like slipping into a trance.

That is not to say it’s boring. There is a car chase on the moon, a dreadful mayday call, and quite a few explosions. Plot moves and twists, and you’ll always wonder what’s just around the corner. But the film’s greatest surprises come in the filmmaking. Along with the great space cinematographer Hoyte van Hoytema (Interstellar), James Gray crafted a world so beautifully off-kilter that my breath hitched at the merest cut. Figures fade into one another, space stretches out before you, and all the while Brad Pitt’s intimate voiceover whispers in your ear, reminding you that in the face of the greatest beauty, there is always pain.

Perhaps the best thing that can be said of Ad Astra is that I cannot believe it got made. For a film so strange, so exploratory to get a wide release in 2019 feels like it’s own kind of miracle. It is a film that went out in search of the infinite, and somehow, it found it. That, too, is miraculous.